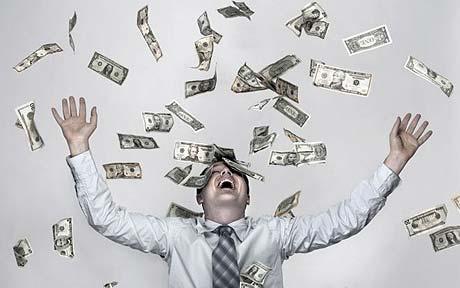 There’s been a lot of flack over Veronica Mars and Zach Braff using Kickstarter to fund their movies. But they’re not the first. Last year Charlie Kaufman raised over $400,000 for his animated film Anomalisa. Ren and Stimpy creator John Kricfalusi raised nearly $137,000. David Fincher raised $442,000 to start production on an animated project, The Goon. Colin Hanks raised over $50,000 for a documentary about Tower Records. The internet is a buzz with condemnation, and yet they reached their goals. Is our rage misplaced?

First take a cleansing breath. There is nothing that says you can’t start a Kickstarter campaign just because you make X amount of dollars. And there shouldn’t be. That would be discrimination. They’re merely taking advantage of a system that’s been set in place. Be fair. Celebrities are just like you and me. Except they drive Porsches.

The people who donate (yeah I said donate) their money should be held responsible. If they want to give Denzel Washington their rent money so he can make Virtuosity 2: Electric Boogaloo then that’s on them. Side note: there is still no cure for cancer.

I’m a fan of Garden State. I actually own Garden State. And I would like to see another Zach Braff directed movie. I’d also like to say that while many celebrities have used Kickstarter for their personal gain Zach seems to be the one drawing the most ire. He’s unwittingly become the poster boy for greedy Hollywood on Kickstarter. Which seems unfair.

With that being said…

You dicks! You’re going to ruin it for everyone. When I was making my first two films there wasn’t a Kickstarter yet. Oh if there was. I went the Kevin Smith route and funded with credit cards. A wildly dangerous thing to do. But I believed in myself so I took the risk.

If these celebrities believe in their projects as much as they say they do then they should show the confidence and invest in them themselves.

After my second film I sold most of my possessions, rented a room, and slept on air mattress with thousands of dollars in debt looming over me. I ate tuna straight from the can! I did that to see my film through. How sympathetic do you think I’ll be to your situation?

Zach’s Kickstarter video is the worst. In it he explains how he has access to funding already but he won’t accept it because they won’t give him final cut. Meanwhile a parade of other celebrities stop by. Reminding us that he has access to stars and money. Basically mushroom-stamping every indie filmmaker in the process. 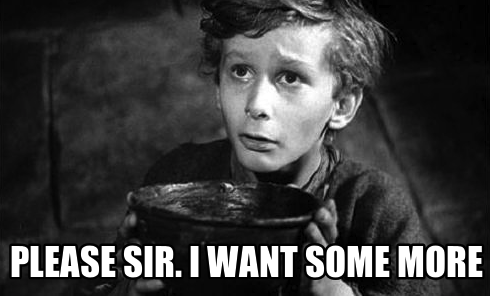 This is just the latest in a line of resources for independent filmmakers being polluted.

There was a time when the Sundance Film Festival was for independent films. Now it’s the place to go to see the premiere of that new Bruce Willis Catherine Zeta-Jones movie.

The Spirit Awards used to be the awards show for independent films. Now it’s Oscar-light.

I’m hoping to bring my next film to Kickstarter too. But I fear it won’t be there when I need it. As more celebrities turn to Kickerstarter it’s only going to drown the pool of unknown filmmakers trying to get their projects off the ground. You know people without money, stars, or access.